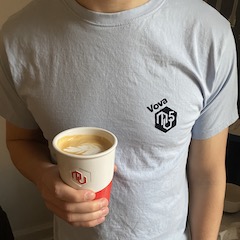 Why go by Bus?

It looks like it’s possible to reach Goa airport by taxi from any part of the state for just US$30-40. But, if you are renting a very nice apartment for less than $10 per day for two persons, you can still think that it’s too expensive and it’s better to save this money for something else.

Another thing against taxis - taxi drivers behave the same as bus drivers: go too fast, too unsafe and not comfortable for the passenger. Uncomfortable means not slow enough during passing speed breakers and any other bad driving behaviour.

Yesterday I went from top North of Goa to airport and spent less than US$5 for two.

The way in details:

I’ll give the prices in Indian rupees (INR). Today’s exchange rate is about 65 INR for US$1

The important thing is to know a timetable for your first bus. Usually, it’s a local bus with many stops which goes not too often (for Arambol about twice per hour). I recommend go to the nearest bus stop and ask about a timetable and how to reach the airport from your location. Otherwise, it’s possible to come too late or too early.

What is still better in a taxi?

There are still many things whose are better in a taxi. Just think if you want to pay 5-10 times more only because of them.

I started my way to the airport too late. It was just 4 hours before a flight.
Of course, I’m not crazy and I checked the emergency ways to be on time.
Each bus makes the possible taxi fare smaller.
So from Mapusa, it can cost less than $US20.
From Panaji - US$10
From Vasco (which I actually took) - US$2.5
So anytime you’ll feel unsafe just go by taxi and you’ll still pay less.